Fantastic times over Thanksgiving in LA! Was cool for the entire family to be together, each with our romantic partners. The night before Thanksgiving my friend Steve had pizza with us and brought his partner Jed. Stable tables.

Dad tells us that Hank the dog has Mom trained so that when they come in the front door, he'll grab the first shoe he sees and run upstairs, and then Mom will give him a pepperoni and he'll drop the shoe to reward her. Mom tells us that she came home one day to find Dad and Hank cuddled up on the couch next to a plate of chips. “I said, 'wow, Hank's being so good!' and your father said, 'yeah—I get a chip, Hank gets a chip.'”

Mom walking with me and Vlad for two hours all around Beverly Hills looking for a proper Thanksgiving centerpiece. She says, “Vlad, we're gonna find real centerpieces and then you'll see why this has been worth it. Kindof.”

Vlad and I huddled up over something I've drawn, and Tommy notices. I explain: “first I drew a heart and an arrow pointing at Vlad, and then Vlad drew a butt, and then hair on the butt. And then he said that it didn't look like a hairy butt anymore it looked like something else. And then there was nothing for it but to complete the drawing.” 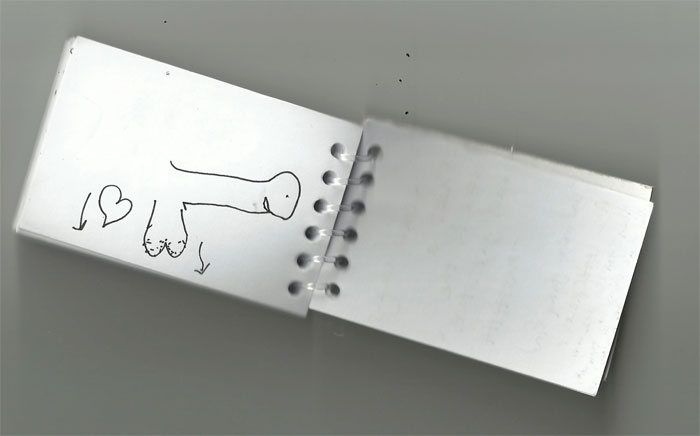 Discussing the digital age:
Mom: “Google is going to take over.”
Vlad or Chris: “Hopefully! Maybe they'll do a better job.”

At the hotel, after dinner:
Vlad: “Tom is definitely the funniest Dreisbach.”
Me: “ ... why would you say that to me?”
(later)
Vlad: “Your father is also hilarious, but he says things that make everyone else go 'Craig!' and I think they're just so funny.”
Me: “Example?”
Vlad: “Like when Tom had that water and a rope in the trunk in case of earthquake, and Craig said, 'what's the rope for, to hang yourself?' And then when everyone was saying 'Craig!' he said, 'well it's not a tow rope, that's for sure.'”

At breakfast, while Tommy was at work,
Dad: “It was very unique ... ”
Me: “You know Dad, 'very unique' is a bankrupt phrase.”
Chris: “Ugh, Tommy called me out on that in Germany. 'Unique means there's only one!'”
Me: “WHAT? In the car the other day he used it, and then he defended it! 'Language is living, Erica!'”

Discussing plot points of a short film idea,
Chris: “Where do you even get chloroform?”
Me: “I was thinking hardware store?”
Chris: “It would be cool if you just had a scene at the Bad Guy Store.”

Below: an old drawing of the space chicken queen. It's taken until tonight (years!) to properly scan her. And with that, buckle up everyone. The December Holiday Season is u'on us! 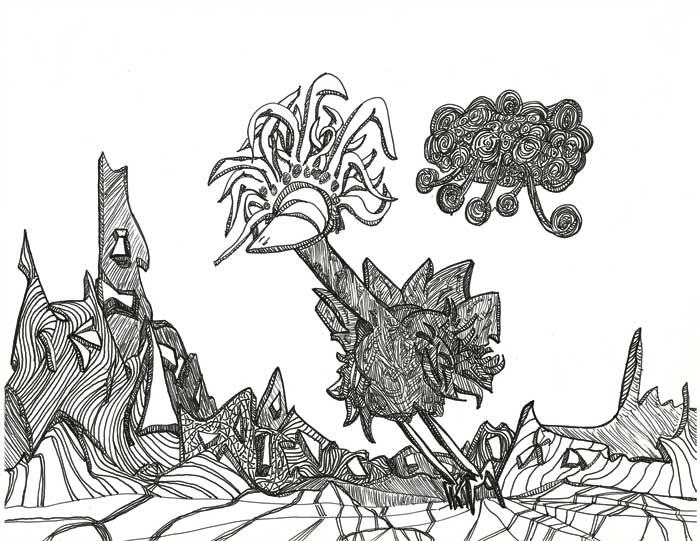 Older guy on the bus looking over my shoulder while I draw says, “I don't know what that is! A frog? A mouse? You crazy artists!”

Then he feels bad, and says, “I'm sorry. I should have said 'whimsical'.” 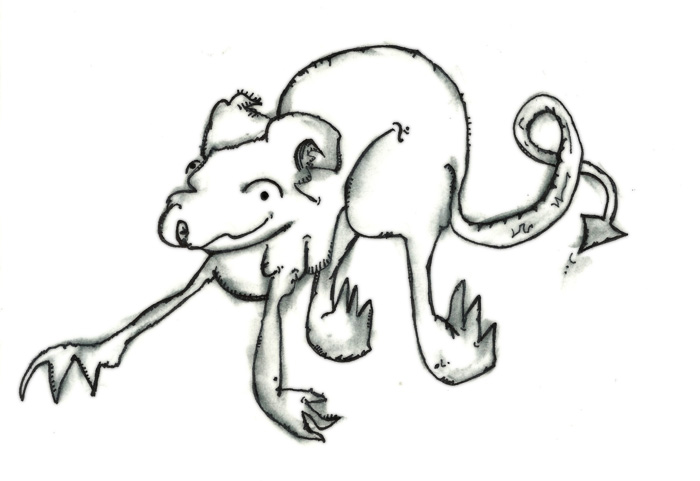 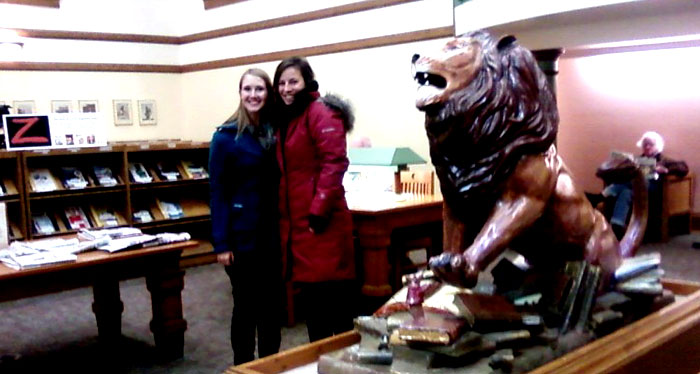 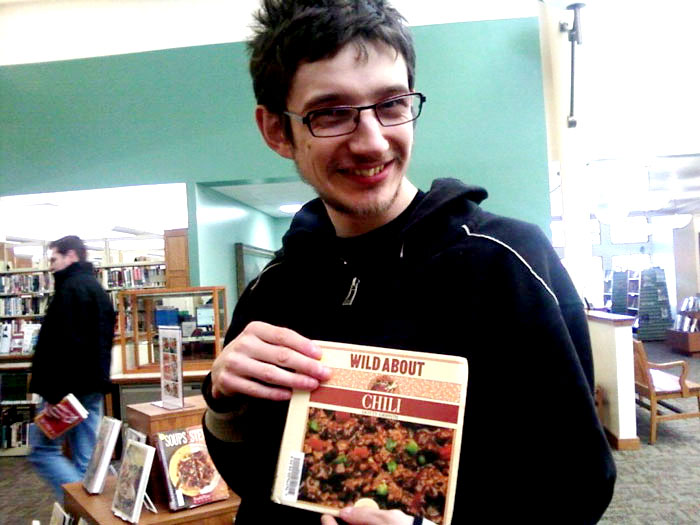 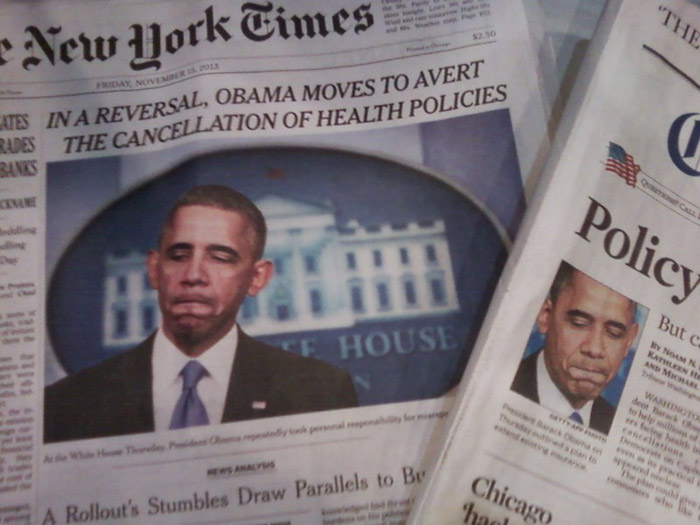 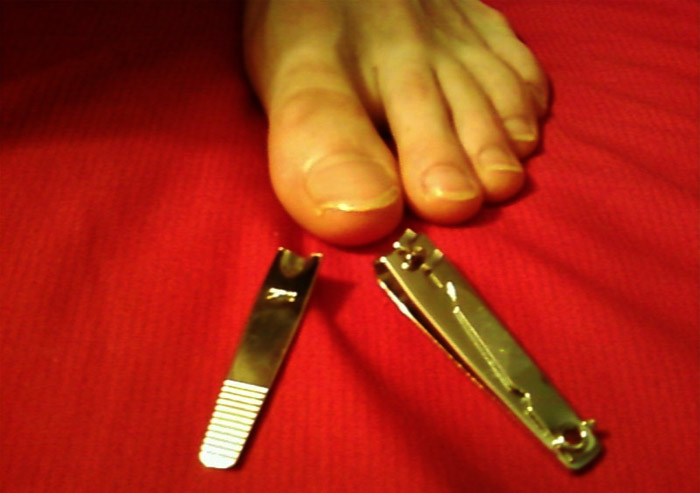 Does there exist a set of three foods where each pair of food—each dyad—taste good together, but all three together taste bad? This is an unsolved food riddle.

Mike's solution: tomatoes, pasta ... no wait, no. Tomatoes, oranges, and cream. Vlad and I decided to test it out.

Yah, I guess we should change it to “gobble gobble.”

Ugh! The holidays. The nightmare season.

I was at Walgreens, and the lady was pulling down the Halloween stuff and putting up Christmas stuff. I was like, “already?” And she said, “shoot me.” Just like that.

Ha! I was ready to give up five seconds ago but that makes me love humans again. 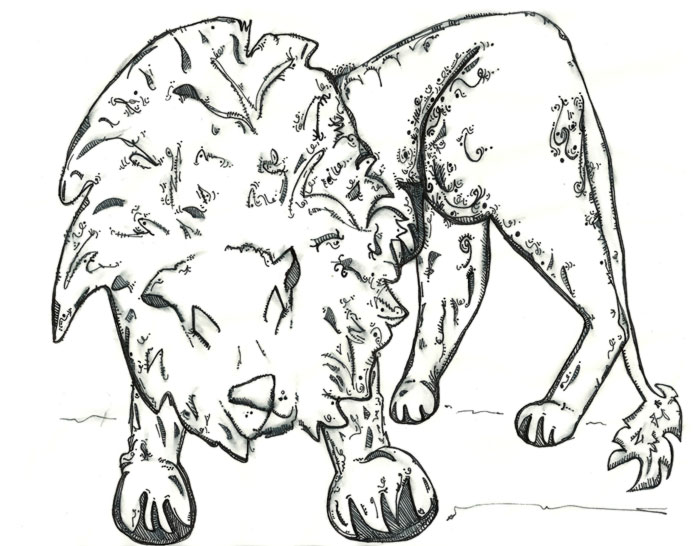