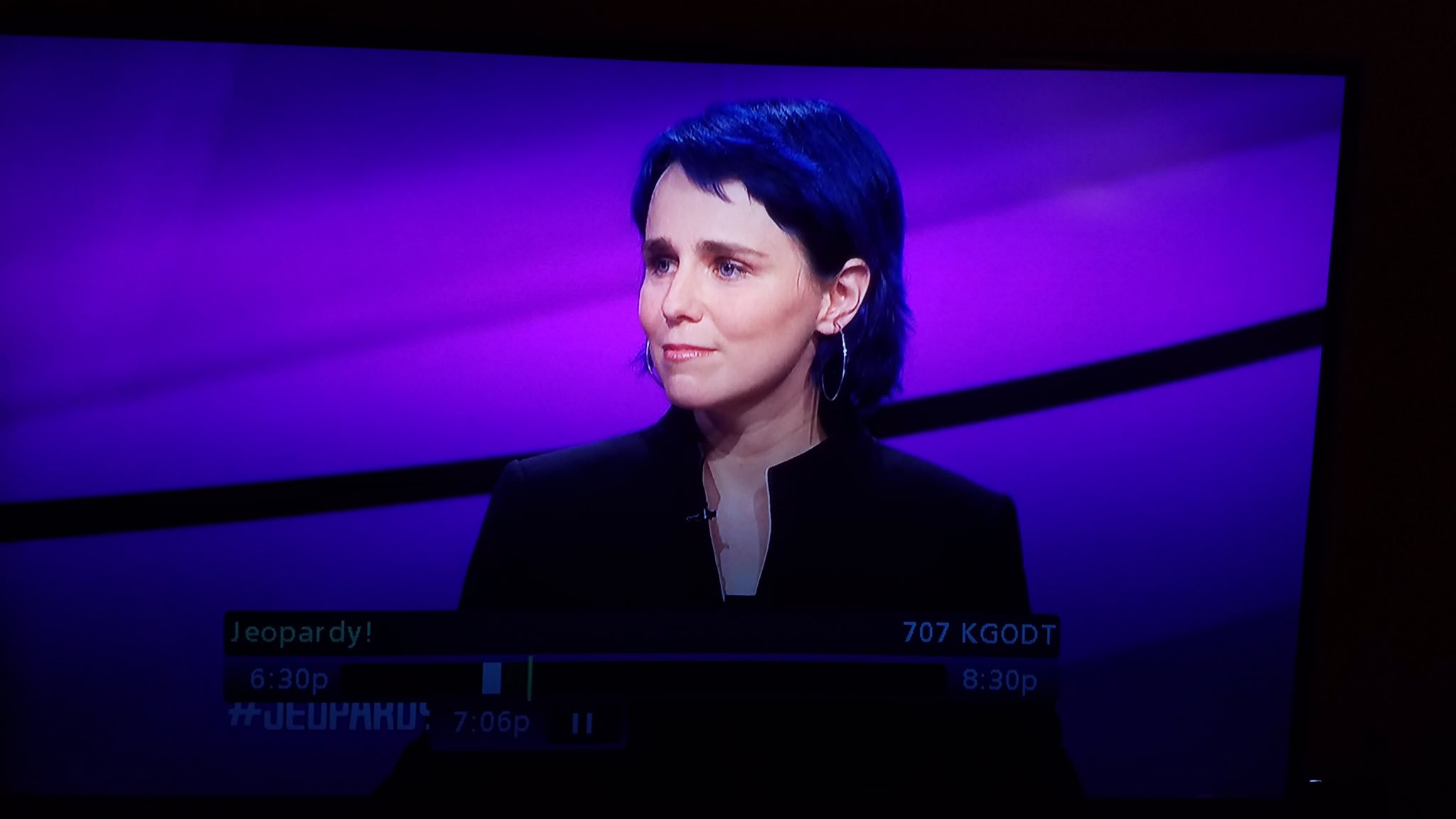 Q. Where can I watch your episode online?

Q. What was the timeline on getting the call to come on the show, to taping, to airing? And where does it tape?

Q. How high do you have to score on the online test to be considered for the show?

A. i dunno. i think that's a secret. i believe i got 38 out of 50 correct on the January 2015 online test, but i can't be certain because they never tell you your score either.

Q. How did you get interested in trivia? Why did you want to be on Jeopardy?

A. i dodge these questions. i'm always surprised people ask! Why does anyone like what they like or want what they want? What are “liking” and “wanting”?

Q. How long did you study and prepare?

A. i took the annual online test three times. You can take it too! In 2015 i was asked to audition in person. In 2016 i was asked to come on the show. i studied every day starting with the August 2015 audition and went into high gear when i got the call in June 2016.

Q. How … do you even study for Jeopardy?

A. Haha right??? i memorized certain finite categories. World capitals. Flags of Europe. US Presidents. Books of the King James Bible. Pillars of Islam. It was super helpful in particular to memorize the Best Picture Oscars winners. Once i learned those, every year from 1928 on had a “flavor” or a trove of associations that made other information easy to attach. Like, here's a not‑great one, but like Ben Hur was 1959 the same year Barbie was released (“her”).

i also made about 500 flash cards and study guides. Many of the flashcards have cool little drawings on them. i'm thinking of turning them into an art installation. 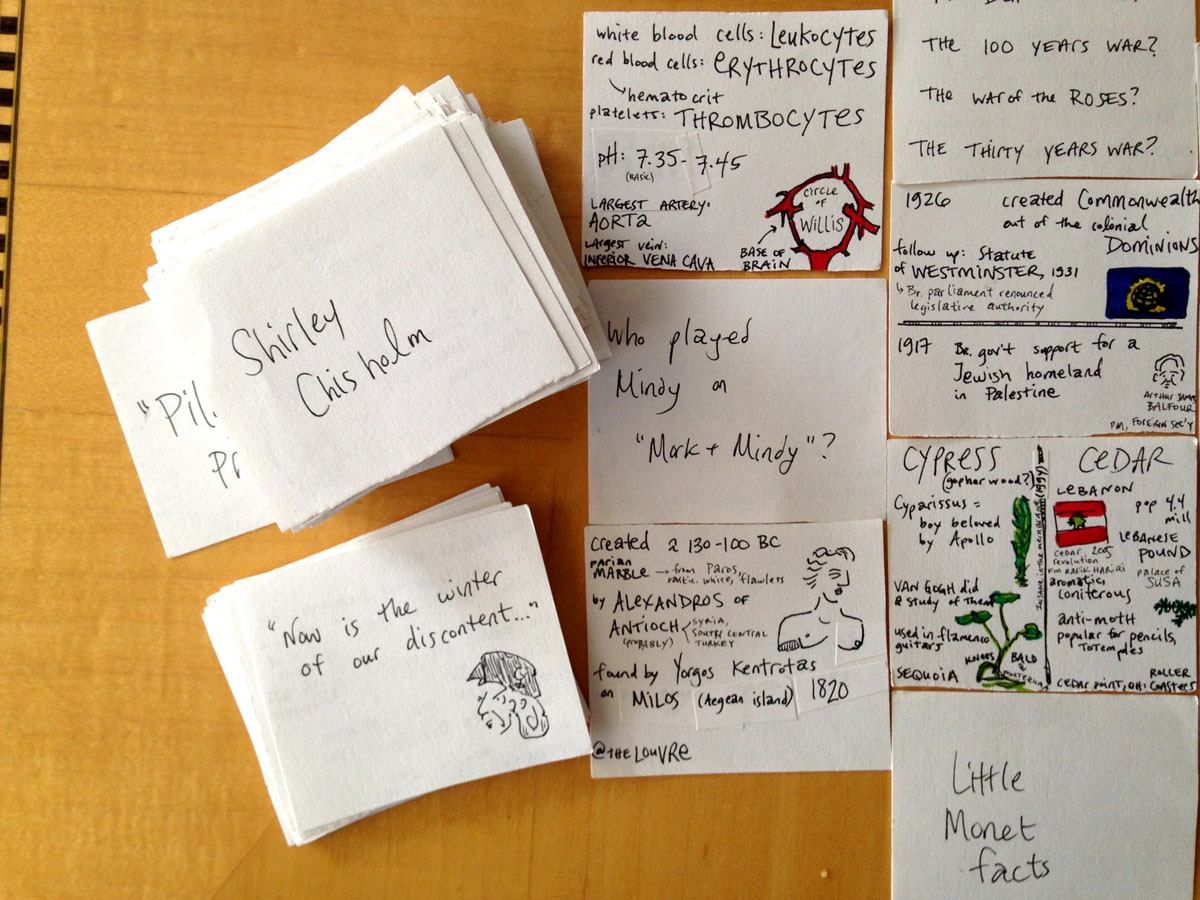 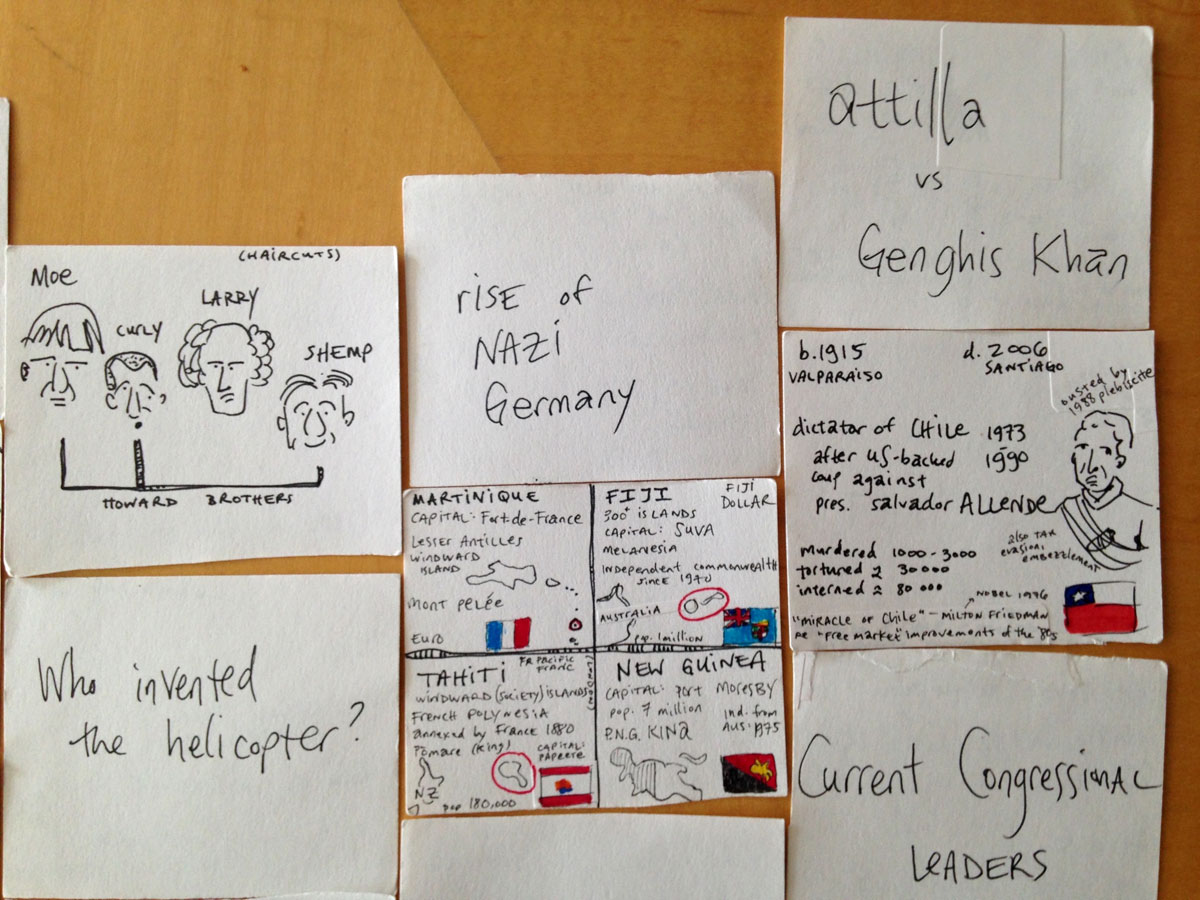 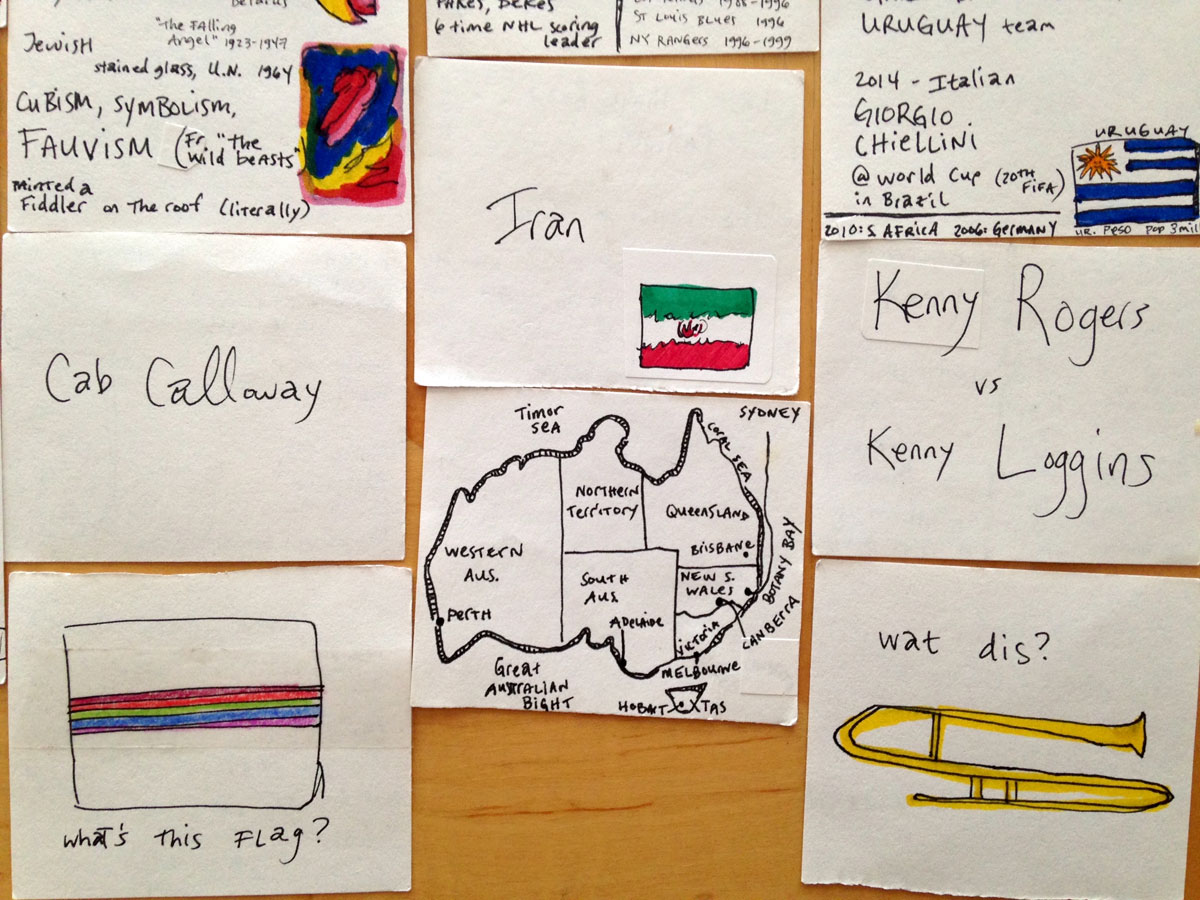 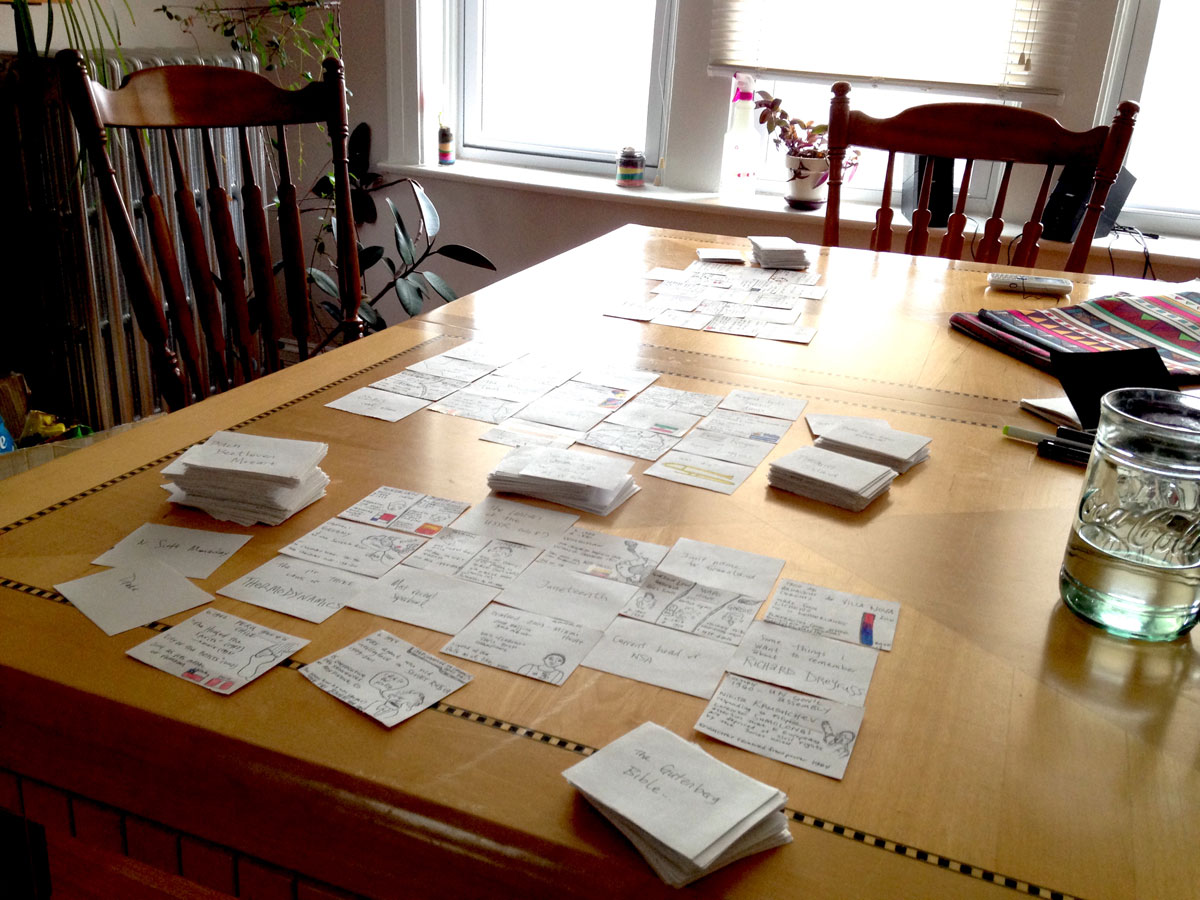 A. Alex. He's nice. Looser off-camera than i expected.

A. It's Alex. This is a real frequently asked question.

Q. I thought he was mean in how he responded to your meteorite proposal story!

Speaking of, all the cast and crew of the show have well‑polished comedic material for warming up the crowd, for warming up the contestants, for killing time, for keeping your attention during important announcements. They reliably get laughs on each joke when they're with a fresh audience, but you look over at another producer or another crew member and you see in their eyes that they've heard this joke literally every Tuesday and Wednesday for [x] years.

If you're interested in a much longer version of the meteorite story with lots of cute pictures, click here.

Q. What did Alex say to you after the show when the camera panned wide over the closing credits?

A. He said to Walt and me something like, “you know I wouldn't wish that on anyone, going up against a hot champion.” He was nice!

Q. Are you the first contestant with blue hair?

A. That's what the producers told me. They said there was one woman in the College Tournament with purple hair, but otherwise vividly colored hair is rare. In June i asked if they wanted me to dye it a natural color but they said i should come as i am.

Q. Did they fly you out and put you up in a hotel? Do they send you a tape of your appearance?

A. i'll bring it up next staff meeting.

Q. I knew that your final Jeopardy response should have been Nike. Why didn't you know it was Nike? Is it because you're weird and out of touch and also that I'm smarter than you?

[whispers very gently in your ear]

You're so smart. You are soooo so smart. And so normal, and brand aware.

A. The actual Jeopardy set that you see on TV is super nice, but for most of tape day the contestants are in a windowless room that has an ambience best described as, mmm, “breakout session at the Holiday Garden Inn.” In that room was a little utility closet with like mops and stuff in it and an 8.5" x 11" sign taped to the door that said JEOPARDY CHAMPION. It came across as a dark joke about the nature of championhood.

But the producers told me that no, that's where the champions change clothes in between shows so that they don't tie up one of the bathrooms. The utility closet. It wasn't a dark joke, it was a dark truth!