Mike Doughty and I had a long beautiful spiritual relationship starting in 2006, when I saw him play solo at the Independent in San Francisco. You know those rare exquisite moments of, “oh. My life is going to be different, now.” When it's just so clear? Like love at first sight, or like Bill Cosby making an audience laugh for the first time? I had one of those.

A month later I saw him again he opened for the Bare Naked Ladies. Here's where he signed my arm: 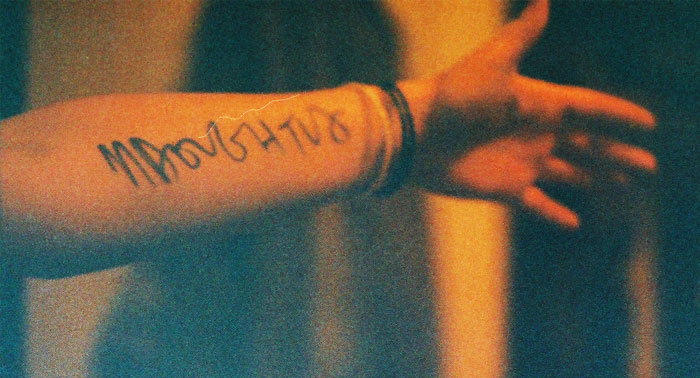 I considered having it tattooed there, because I felt such a strong power surge every time I looked at it.

What followed was an extensive devouring of the Mike Doughty canon, and there is much to devour. He allows taping of his shows, and the archives on archive.org run vast and deep. He is prolific and prolix: blogs, interviews, banter. And the music! His music rang the good bell inside. I listened to St Louise is Listening on repeat from 2006 - 2009. The playcount record in iTunes will corroborate.

But Mike Doughty and I had to break up in 2010 when yet another new album didn't resonate, and his public bitterness toward his old bandmates in Soul Coughing and toward Soul Coughing's music (the music! his old music!) got too intense.

Luckily, he stepped aside just in time for my brother Tommy to introduce me to the WTF podcast. 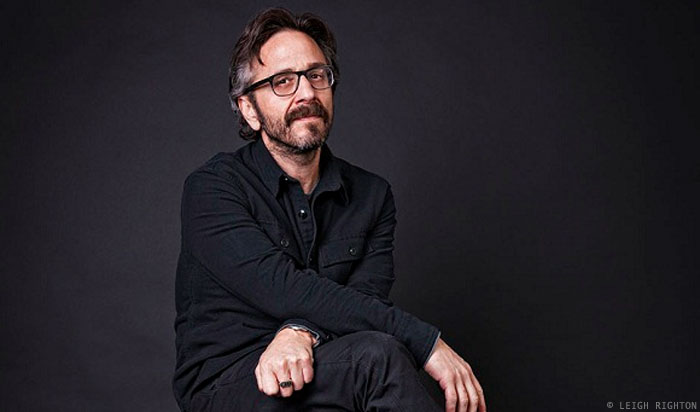 I'm going to refer to this man as “Smarc Smaron.”

Smarc and I had a beautiful relationship. In 2011, after the podcast with Andrew Dice Clay opened my heart to Andrew Dice Clay, twas as if I knew the capacity of love in my heart and yet, Smarc Smaron had introduced me to new rooms, new capacity for love, and I was deeply moved. I wrote him a short sweet email. I wrote it in the style of Smaron. I sent it like a Death Star beam of love, and if it blew his planet up, I would know the Force is real. He wrote back half an hour later. His email was eight words long. It said,

“I love you. Email made my day. Smaron.”

The Force is real.

Every time I fantasized about being on WTF, I imagined telling him, “this interview begins with 'I love you.' We've already said that to each other. That's our starting point.”

But Smarc and I had a really bad breakup this summer, because he was mean to a close friend in a way that was vicious and personal.

My friend interviewed Smarc as part of a piece about podcasting. After the piece aired, Smarc wrote an email to my friend, personally. It was in the characteristic eight word style, but this one was a shitty little email about how much he thought the piece sucked. My friend, who was a HOOOOGE Smaron fan, asked for clarification. Smaron gave a list of complaints, and when my friend offered a reasonable explanation and even apology, Smaron wrote one, final, shitty little email about how, oh, he got it, the piece was meant to cover ground that other, better reporters had covered two years ago.

And suddenly the hostile attitudes of Michael Ian Black, and Michael Showalter, and Mike Birbiglia on their respective interviews on WTF all made sense. All that baggage, all that hurt history. I had fallen in love with Smarc and the podcast because I believed I was listening to a person walking the lonely bracing path of enlightenment. I believed that the hostility of the Michaels was rightly meant for the old Smarc, a Smarc who no longer existed. But, no. That Smarc is right here, ready to turn on anyone who dare tread on a whisper-thin hair trigger ego. He keeps a Google alert on his name, which is why this sclever snaming stuff.

So. That's it. We're done. I recycled the poster. I tossed out the page he'd signed in my notebook. He'd signed it, “We good?” No. We are not good. I gave away the t-shirt. I unsubscribed from the newsletter and the podcast. I unfollowed him on Twitter. I use his book to prop up my air conditioner. It was rough. But time has passed. I think I could love again, Jesse Thorn. 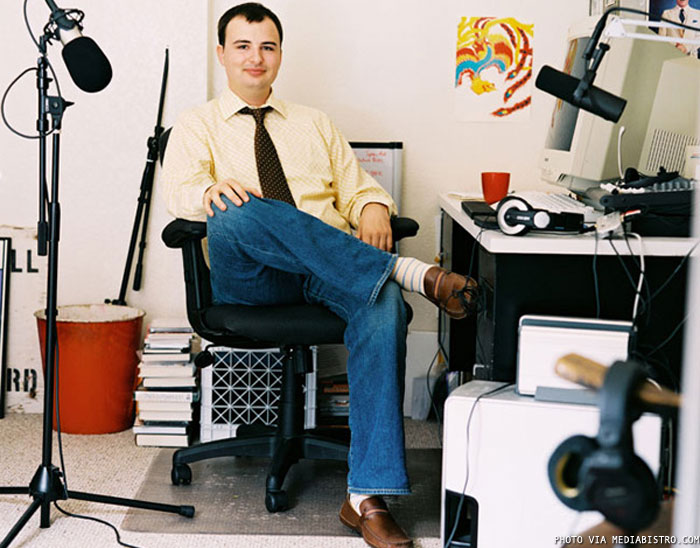 Interesting notes: Doughty and Smaron have both had serious substance abuse problems, and I came to love them during their sobriety. Something about having looked so deeply into the darkness, and pulled out of it. I had thought Jesse might be my first spiritual boyfriend who could casually kick back with a beer, but then it came up in the podcast that he doesn't drink (!). Still not sure of the reason why, but I feel all the more confident in the spiritual attraction.

Also, Doughty and Smaron are friends, dating back to Smaron's Air America days, and Smaron and Jesse Thorn are friends, prossibly just by virtue of being fellow podcasters in the same part of LA. So there's a disorienting feeling in all of this that that I'm making my way through a friend group.

To clarify: Jesse Thorn's wife Theresa, nor his other wife Jordan Morris, nor Marcel's prior claim on him: none of these interfere with the spiritual relationship. If anything, they enhance it. I love knowing that my spiritual boyfriend is well-loved! My inner ethically polyamorous self runs free. (side note: I have a friend who gets annoyed every time I self-identify as a slut. “You are not a slut! You are a serial monogamist!” she says. She's correct. I am not a practicing slut. I'm a spiritual slut. It's like being a spiritual surgeon)

My spiritual boyfriend also does not interfere with my real-life lovely boyfriend and partner Vlad, nor my other boyfriend, the Cuisinart food processor.

EDIT: Vlad would like to add that he's pleased he was at least mentioned in this post.

Old Writing: How to Write a Passive Aggressive Note.