In Honor of All the Snow in Chicago: a Bill Clinton Joke.

Yesterday Vlad mentioned peeing in the snow, and I remembered a hilarious joke from middle school:

Bill Clinton (while in office) gets word from the Secret Service: “Mr. President, we have terrible news. Someone wrote 'Bill Clinton sucks' in urine, outside the White House. We're analyzing the urine, we'll get back to you as soon as possible.”

The next day, the Secret Service came back. “Mr. President, we have bad news and bad news.”

“Well give me the bad news,” said Bill Clinton.

“The bad news is, we've identified the source of the urine. It's Al Gore sir.”

“That rascal! What's the other bad news?” 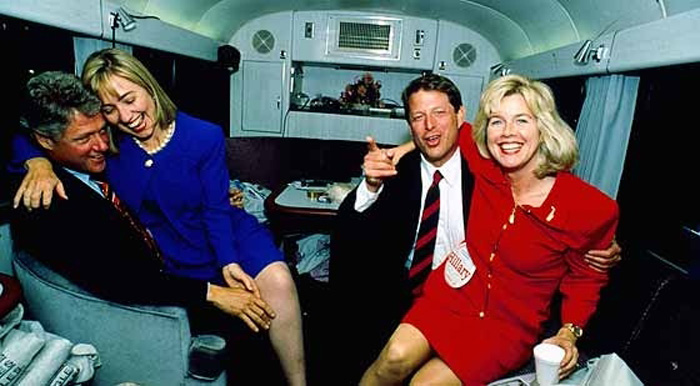 Pictured: a simpler time. The Clintons and Gores on the campaign trail in the '92 election season.

Cartoons: from the Plane.