Marcel left behind a bowl of MnMs on the dining room table. Obviously I shoved a couple three handfuls of MnMs into my mouth this morning. You're welcome, body! 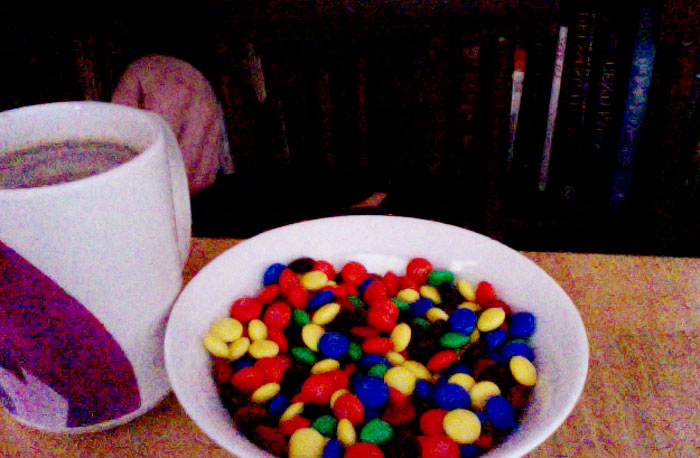 Yesterday morning I was feeling in a mildly self-destructive mood. I don't drink or do drugs, so those were out, altho at the time I was already high on coffee. Considered getting SUPER high on coffee (wouldn't be the first time).

Remembered: compulsive spending. Ah yes! That'll do the trick. Decided to buy Every Item on my Amazon Wishlist. Tallied up all items. Came to $103. $44 of that was fancy markers.

I've been curating this Amazon list for more than a year! Putting off purchase until some unknown “right time” when I “had the money.” Not saying a hundred dollars is pocket change, but it's a low-low price to fulfill all one's wishes.

Noticed how much I like these wishes unfulfilled. Channeled that into a metaphysical scratch of the itch. Closed the browser window. Continued about my day (and thus to long for markers on that and future days).