A friend asked what it's like having a roommate while sheltering-in-place. i find that our roommate's Routines keep the days from descending into undifferentiated slurry. Our roommate is also remarkably cheerful and relaxed, which is a huge boost to household morale. 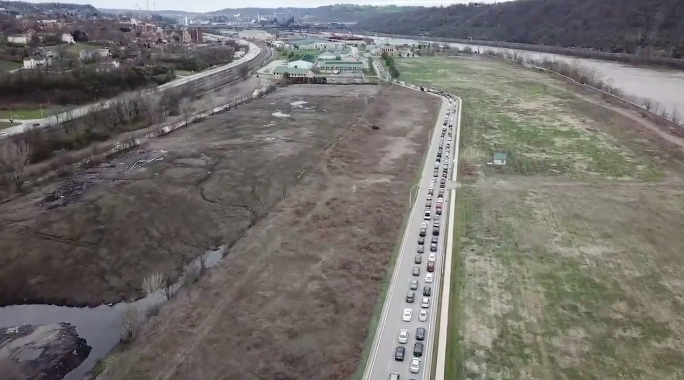 Still from drone footage of miles of cars waiting in line to receive food from a food bank outside Duquesne, Pennsylvania. Courtesy @andrewrush

i can't stop thinking about these lines for food.

i can't stop thinking about what it must be like in refugee camps right now, even though my imagination blacks out.

my father grew up in a mansion with a pool and a tennis court and a full time housekeeper. The housekeeper was Black, the only Black person my father's family has ever been close to.

Yet my father believes that he grew up poor, and no amount of reality testing will convince him otherwise. “Remind me, how many pools did you have in your struggle house, Dad?” He believes that the house his family lived in prior to the mansion, the house in Dowagiac, was a poor house. But it was not a house where his parents had to decide between heat and food, the way that some of my father's patients have to decide every winter. It was probably a nicer house than their future housekeeper's house.

But my father's mother did know such poverty during the Great Depression. And lately, especially when i'm washing each of our groceries in the sink with soap and hot water, i feel manacled in the bindings of epigenetic memory.

So perhaps my father carries the Great Depression in his DNA, just as i carry a mistrust of hands and fear of the cossacks in mine.