So being called a “fake nerd” girl is a thing now. As like an insult. Oh, identity politics! Where WON'T you tread?

I'd love it if you called me a fake nerd. That means you think I'm one of the cools, masquerading. Fantastic!

Just kidding. If you called me a fake nerd I'd probably flip the table with my dick. Your apple juice would spill all over. You would be so sorry.

That said, this is awesome, and accurate (but that tattoo severely misspells “currency manufacturers”): 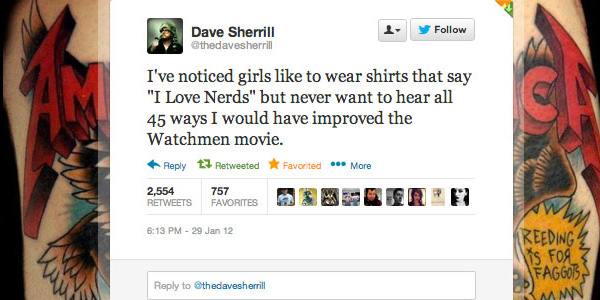