Every time we tell people that we were in Portland (Oregon) for the holidays, people ask what we did there. Wish I could offer a litany of Standard Issue Portland Fun™ like brunch, books, beards, whole foods, holistic medicine, or a ride on the MAX train which always inspires baffle-rage from me, for reasons of language (“The trains say, 'doors open on MY left' ... whose left??!? Who is 'YOU'? And which way are 'YOU' facing???”) (I have been to Portland before). But that flu knocked me out and we didn't do much more than go to the zoo and hang out with dogs and family, living on to brunch a future day.

The dogs, though! Three of them. Vlad has oft spoke of Chevy the dog and his friendly spirit. Deep into the onset of influenza, I thought it might be nice to have Chevy sleep with us (animal therapy) and brought him into the guest room. But shortly after I shut the door a massive fart escaped me. Chevy turned back to the door, waited patiently, and when I opened the door again he trotted the heck out of there.

“Don't worry, he'll be back,” said Vlad. Chevy did not return. 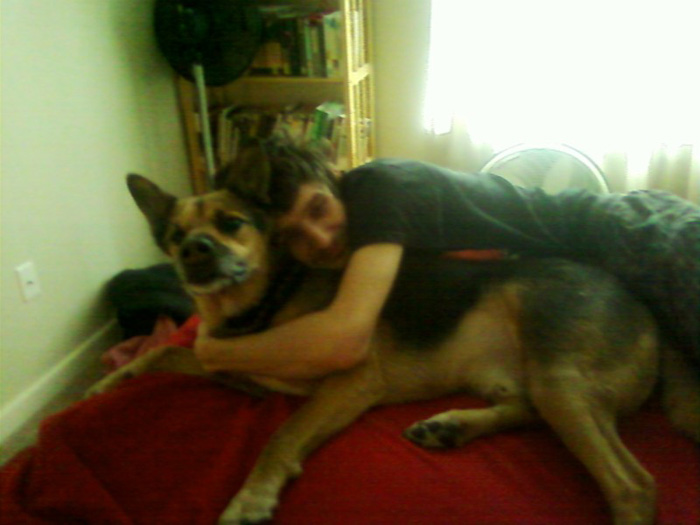