Today I am one thousand days sober. Yas queen!

In the beginning when people would offer me a drink I'd make sure they knew I was Sssober.

Just kidding. I only wished they'd say that. Like a disruptive reaction, whether appalled or amazed. I had my response worked out, too: “it's cool; I'm really into soda now.” One time I got to say it, to Old Man Dan from improv class. He didn't think it was funny, which I thought was very funny.

The other thing I always wished people would say is, “WHOO HOO YAS QUEEN!!” over applause. Koelling, Cohen, and Bulnes from improv class did that.*
* If you're reading, lovers: that was one of the great moments of my life!

Now I say, “I quit drinking,” which fits right nice. “quitting” has a maybe-merely-aspirational tang. Like a New Year's Resolution. We all understand quitting. We've all quit things. We've all felt our resolve crumble. Just part of the Human Cycle. So for people who maybe feel on the hook by someone else's sobriety, “quit” lets them off the hook. And thus I avoid some of the more stressful reactions. 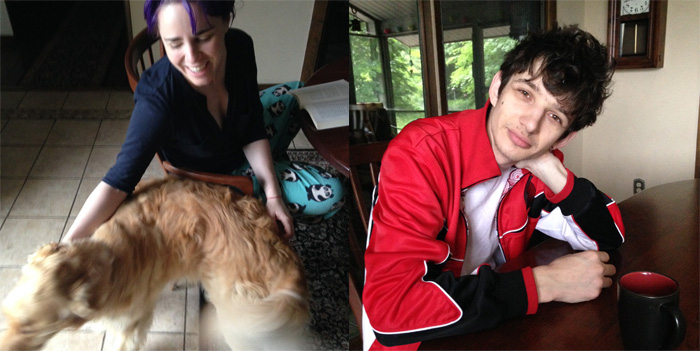 speaking of the opposite of quitting
So excited to get married to Vlad next month :)  Looking forward to some fancy ginger ale toasts. Vows in two languages.

Being Bridezilla™ means making creative decisions all day and being the star, like Björk. Just kidding, it's like being an administrator balancing a small group of competing interests, like a town clerk. Except for when I put on my wedding dress and flounce around when Vlad's not home. Then it feels like Björk again. I'm keeping the wedding dress secret from Vlad. Stagecraft. He knows the woman he's marrying.

romanian
Last night my cab driver had an Eastern European accent. I asked where he was from, and he hesitated before answering, “Transylvania.”

Îmi pare rău, nu vorbesc romanesti, I said. The driver LAUGHED! “But yes you do! You do speak Romanian!” Then I proceeded to kill harder than I've ever comedically killed repeating my handful of Romanian words and phrases (some of these may be misspelled—right now Vlad sleeps and I shan't wake him to check):

O zi bună lă lucru?
Did you have a good day at work?

Te rog: zim un banc cu Bulă
Please: tell me a joke [about] Bulă **
** Bulă is a national character in Romania, sortof like Uncle Sam except goofy and always getting into trouble. Stupid in a surface way like the schlemiel but always getting one over on the secret police, so actually very clever? depending on how you want to read him. A reference that's suuuper ‘Inside [Romanian] Baseball.’