Experiment: refer to myself in lowercase when acting in my creative avatar (the extra-legal me). Pls to indulge, thx in advance.

Vlad and i made our wedding rings last Saturday with Mr Xie on Wabash. Two simple platinum bands which will stay shiny our entire lives, Mr Xie said. He helped us with cutting, flattening, bending, soldering, filing, smoothing, shaping, and polishing. Vlad made mine, i made his. It took from 10am until 3:30pm, with a break for lunch. Highly recommended if crafts and artisanship are your things!

Mr Xie said the platinum came from South Africa, most likely. i refrained from asking about sustainable mining and ethical treatment of workers. Only occurred to me then to align jewelry with values. 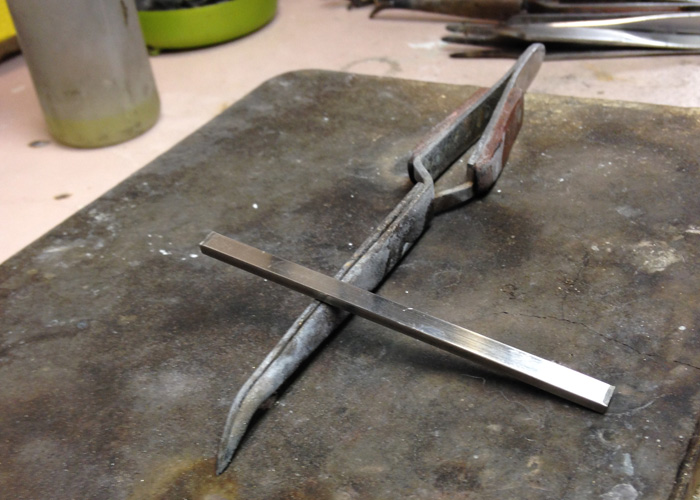 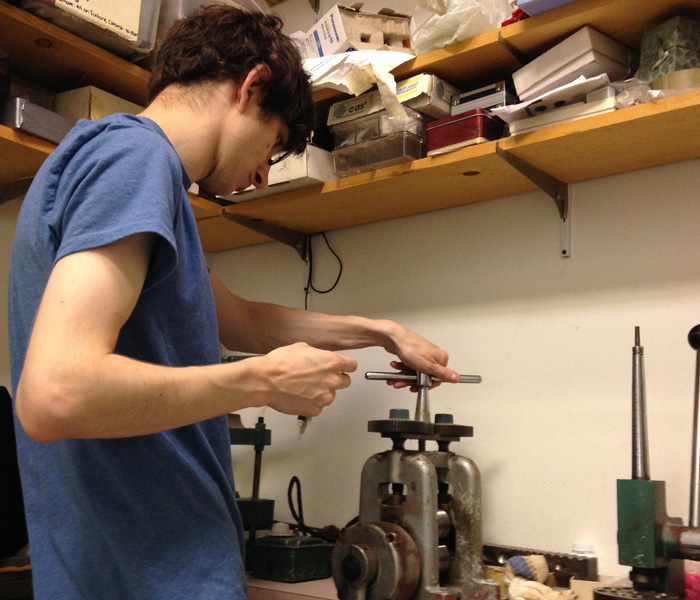 They came out lovely! So shiny! We've been wearing them right away. “We're already married,” said Vlad. “The rest is a formality.”

And this: the Numa Numa song! Recorded yesterday morning in the kitchen. i was practicing it for the wedding, and it sounded hot as hell so i decided to record one fresh take, right then. Check the specs on that platinum ring :)  Excellent proof of concept on this recording setup: Snowball mic running to GarageBand on laptop, iPhone recording video, audio synched up in post-production with Premiere.

You may be familiar with the Romanian superhit Dragostea Din Tei aka Numa Numa, made famous by Gary Brolsma's video. Gary was one of the first people who became famous on the Internet and then semi-famous in real life. One of the first viral video stars to be interviewed on television.

To my American ear, the Numa Numa song is delightful confectionary Europop. In April 2012 i recorded backing tracks and sang the entirety of the Numa Numa song for a mostly acoustic folk music show at the Heartland Cafe. i learned and sang it in Romanian, to the best of my ability. i assumed most people had heard of Numa Numa? Most people had NOT. But we white knuckled our way through it as i made everyone sing along.

So then seven months later: i met Vlad. And as i quickly fell for him i wanted very badly to express my cheesy love. And realized, wait! i know a lot of Romanian! Verses and verses! Vlad, come close as i sing you now the song of your people!

And then with real passion, i spoke-sang the Numa Numa song to him. Hello. Salut. Sunt eu, un haiduc.

Vlad was charmed by most things that i did, but NOT by my recital. “I hate that song,” he said.

He's since tried to explain that to the young Romanian ear, that song is like a Nickelback song, assuming you find Nickelback crass and trashy and uninspired. So imagine for a second that only 25 million people in the world speak English, and you go to live in Romania and Romanian is one of the dominant world languages. And you fall in love with a Romanian who says, “wait! I know verses and verses of American English! Let me now sing you the song of your people!” And then your Romanian leans in and speak-sings, This is how you remind me, of what I really am.

That's not a great example, because that's still totally charming to me! But maybe only because it's hard to fully imagine what it means to grow up in a non-dominant media culture? Like if when non‑Americans found out i do comedy they inevitably responded, “oh, like Carrot Top?” and argh, no! For so many reasons, no, not like Carrot Top, why is Carrot Top the only thing non‑Americans know about the comedy of my people??

Or Vlad and i are just different :)

Anyway, Vlad has since grown to love Numa Numa! Because i sing it once or twice a week [day]. And at our wedding next month, i'll be singing it over acoustic guitar by the fire, probably as a duet with his father.

Selfish and Cool and Cutting and Grey.