Someone asked the other night if appearing on Jeopardy is on my bucket list. “Haha, no, it's just on my list,” i said. But then, every list is a bucket list: things to do before you die.

Every day i study, or read, or play a quiz game. The geography quizzes on Lizardpoint have been particularly helpful. At last, at 33, i have countries of Africa on lock, rivers of Europe on lock, flags of the Middle East on lock. Thank you, Lizardpoint quizzes!

Every weekday i do the Jeopardy/New York Times clue of the day. Discouragingly, this is *also* often the Final Jeopardy clue for the same day's episode, which adds an anti‑climactic note on days when i go to the gym and watch Jeopardy on one of the little personal TV screens attached to the machines, because i don't have a TV at home, i have internet TV, which includes most shows ever but not Jeopardy. Jeopardy airs on ABC WLS‑TV at 3:30pm in Chicago, unless a baseball game interferes. On those days they air Jeopardy at like 1:30am the next morning, when the gym is closed.

Beyond accumulating content knowledge, which is fun but ultimately a futile illusion of control, part of my study has been to parse Jeopardy clue “humor” quickly, the way that after 14 years of practice i parse New York Times crossword clue humor automatically. “Humor” is a noble way to describe aggravating puns. For instance, when i see “Bacon piece?” [5 letters] in the crossword puzzle, and you're beside me saying, “it must be STRIP!” i've already filled in ESSAY, in pen. Cuz that “?” meant we're talking about Francis Bacon, and this is Big Girl Crossword Time. If you're aggravated, don't worry, it's less annoying after the first couple years.

Anyway so Jeopardy has its own special humor, harder for me to define at present. Like if the answer is “Livingston” as in “Livingston, New Jersey,” the clue might lead with, “Doctor … I presume.” As in David Livingstone, the explorer. That's maybe not a great example i made up just now. Still learning.

Or the other bad habit, and here is where the spiritual development really begins, is i'll assume that the clue makes a specific reference and i just don't know the reference, and so i give up. Like a binary on/off. Which is something i'm tempted to do in improv when the scene is set in an unfamiliar place: just give up. But skilled improv is about transcending that fear. Permission to operate as an expert, at ease in any situation.

If i don't give up on Final Jeopardy, if instead i use my working assumption that the answer is already in my brain and i just need time to apply myself (Puzzle Mind), then i come up with the correct response. Or a response too general to count as correct on the show, but at least pointed in the correct direction. A good guess.

Some examples! Spoiler alert to those of you who DVR!

i was way over‑thinking. Reframe the clue: what's a city in Europe famous for being really wet? Of course. Venice. This clue in particular motivated Puzzle Thinking for future Final Jeopardys.

September 29 • Category: EUROPEAN MUSEUMS
IN ONE OF HER LAST OFFICIAL ACTS BEFORE ABDICATING, QUEEN BEATRIX REOPENED THIS MUSEUM AFTER A 10‑YEAR RENOVATION."
So let's try reframing: what's a famous museum in Europe? The Louvre. But ain't any Queen Beatrix of France, so can't be the Louvre. Ok what's another museum in Europe? The Sistine Chapel? The place where David is in Florence, but i don't know what it's called? Ain't any Queen Beatrix of Italy. Ok, different angle. Something about this clue, maybe the word “renovation,” suggested current events and a modern‑day queen. So, Liechtenstein maybe. Monaco maybe. Andorra has a queen, i'm almost positive. Any museums in Liechtenstein or Monaco or Andorra that i've heard of? No way. Maybe there's still a royal figurehead in Poland? Mmm, unlikely.

i went with “the Louvre,” but the correct response was: the Rijksmuseum, which is in Amsterdam. This is a good example of the bad habit of “just guessing” even when i know my guess to be incorrect.

October 12th • Category: HISTORICAL ARTIFACTS
ITS RESTITCHINGS OVER THE CENTURIES HELPED PERPETUATE THE STORY OF KING HAROLD II BEING STRUCK IN THE EYE WITH AN ARROW.
i had super vague memories of an important Dark Ages or early Middle Ages tapestry. The only name that came to mind was “Lascaux” where the cave paintings were found, which i knew was wrong. i answered “a really important tapestry” and was pleased with my integrity. The correct response is The Bayeux Tapestry. 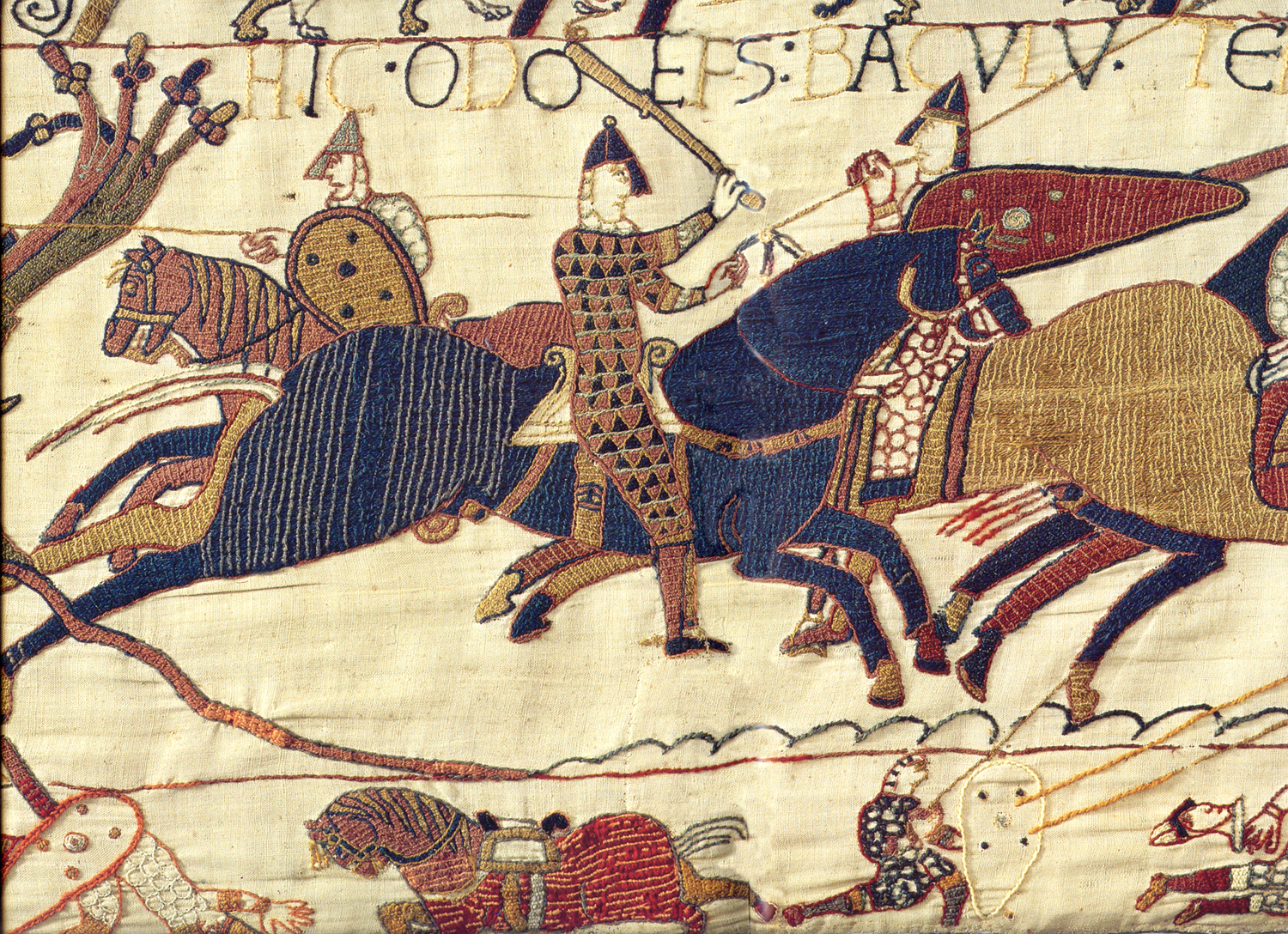 October 21st • Category: THE PRIME MERIDIAN
BESIDES THE U.K., IT'S THE ONLY COUNTRY THAT THE PRIME MERIDIAN TOUCHES THAT STARTS WITH A VOWEL
Thank you, Lizardpoint! Turned to my mental map, which said the following*: north of the UK is Scotland, and then north of that i'm pretty sure there's nothing until the Arctic, which i'm pretty sure doesn't count as a country. South of the UK is France for sure, maaaaaybe a little tip of Spain? Then Algeria probably, maaaaaybe Tunisia, Mauritania maybe, Mali almost certainly, maybe Burkina Faso, maybe Niger and Nigeria, maybe Ivory Coast, maybe Ghana, maybe Togo, probably not Benin, then Pacific Ocean until the Antarctic. So two candidates: Algeria, and the Ivory Coast. But Algeria is hella big, and a better bet, and the correct response. Fock yes geography.

*my map is in words, because i'm hardcore verbal (original gangster verbal) 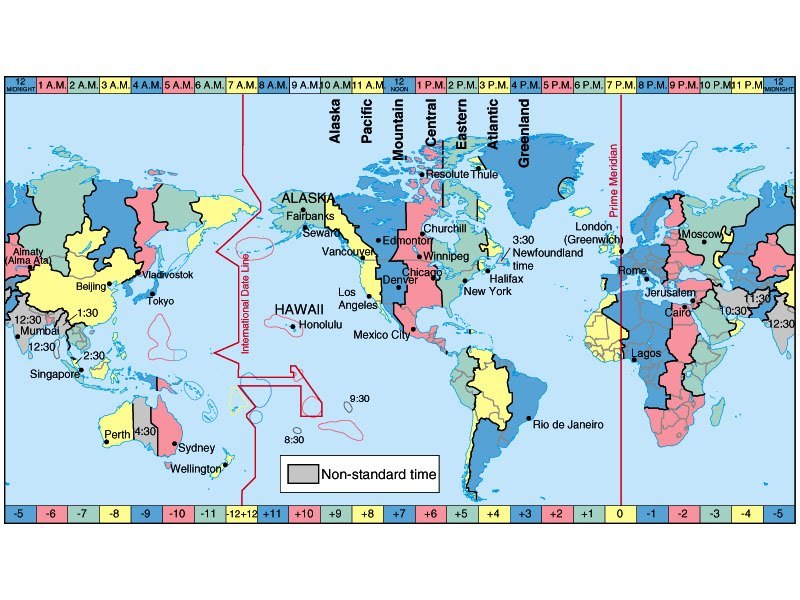 October 22nd • Category: THE CIVIL WAR
THERE WERE ABOUT 900 CASUALTIES IN THE 1862 BATTLE OF SECESSIONVILLE, FOUGHT IN THIS STATE
Ooh, the US Civil War! Definitely on my study list. Had never heard of Secessionville, so time to engage Puzzle Mind. i think of Virginia as the philosophical locus of the Rebel South, likely to have a politically‑named municipality. Virginia is where one of the Confederate capitals was (Richmond), it's where Lee was from. i also knew South Carolina was the first state to secede from the Union, because i'd recently reviewed South Carolina's statement of secession for an email to Smiling Christopher about slavery as the single issue motivating the US Civil War. Let me know if you're one of those “actually it was an economic battle” people and you'd like to see some evidence to the contrary. i've got the essay queued up. So final answer: South Carolina, which indeed was the correct response.

October 23rd • Category: HIGH TENSION LINES
WHAT AM I SUPPOSED TO DO? YOU WON'T ANSWER MY CALLS. YOU CHANGE YOUR NUMBER…I'M NOT GONNA BE IGNORED
This one! The category was no help. What's the response even supposed to be? The source of the line? A real person? An author? A character? A movie? i wanted to give up, turn off my brain, search for the quote online, and return to comfortable affairs of the day. i'm proud of myself for instead sitting with the discomfort. Spiritual development.

Ok so the line in the clue sounds like something a stalker says. Like maybe Michael Douglas's character in Falling Down, or Julia Roberts's terrible husband in Sleeping with the Enemy. Which got me thinking about male violence, and how i have zero patience for the notion of “friend zone” as a form of sexual alienation by women. Like: yah, that's what women do when we sexually alienate men. We're your friends. What is it that men do when they sexually alienate women? [don't answer that]  ARGHHHhh, friend zone dudes, you're not entitled to access to your friends' bodies just because you want it. As Notorious Marcel says, “you get the friendship! That's what you get!”

And then, Puzzle Mind flipped it, and wondered, “what about a woman** stalker,” which resonated with the part of the quote about “ignored” and attention. Or, resonated with how men write women characters. And it clicked: Fatal Attraction, a movie i've never seen. But Fatal Attraction felt right, the way crossword answers feel right even when i don't know the reference. Puzzle intuition. And lo, twas so.

** this was a rare instance when the Clue of the Day was a Double Jeopardy Daily Double clue, not Final Jeopardy; on the show, Alex read the line with a strong female affect

Now to apply this process in 30 seconds or fewer, or in the case of regular Jeopardy clues, 5 seconds. But maybe that's not the hard part.